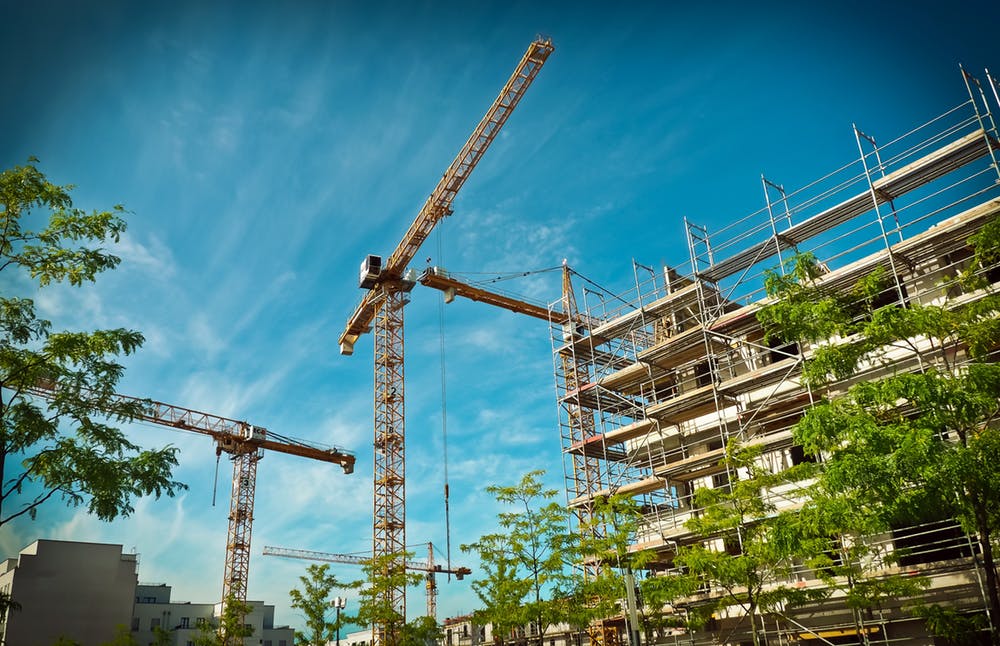 Scaffolding is something that is not often thought of in everyday life (unless you’re a builder who uses it for work), but it is one of the most important pieces of technology used by humans throughout the ages. It has a variety of uses but is mainly used for building formwork and for enabling workers to complete jobs at heights.

As with almost all technology, it has developed through the ages and gotten better over time. Scaffolding is recorded as being used in ancient civilisations like Egypt and Rome. No matter if these systems were erected with timber or bamboo, they have been essential in creating some of the most amazing wonders of architecture – such as the Pyramids of Giza and the Great Wall of China.

It’s part of human nature to want to ascend to greater heights, both literally and figuratively. There is many different historical and archaeological perspective on how scaffolding developed in ancient societies, but most agree that it must have come from some elementary structures that later evolved into something codified and crafted professionally.

The obvious utility of this technology explains its parallel development across civilised cultures around the world. It could be designed to allow people to work on a study and flat surface that could be elevated to the height required and altered to compensate for unlevel ground. It gave freedom to ancient builders that allowed them to create structures that were more than just utilitarian in nature.

Some of the most recognisable ancient structures like monuments to ancient gods and obelisks with hieroglyphs worked into the top must-have used something like scaffolding to get the job done.

It is thought that the Egyptians used a form of scaffolding and wooden ramps to build the famous Pyramids of Giza. It was a temporary structure used to allow the continued placement of stones in an upward trajectory.

This technology would have been used quite often in ancient Rome for the Romans to have been able to erect so many incredible structures. However, many of the Roman construction methods were borrowed from the Greeks and expanded on. There are some drawings found in Roman tombs that depict an early form of scaffolding being used.

And of course, you can’t forget about the role of scaffolding in creating the Great Wall of China – one of the wonders of the world (although contrary to the popular myth you can’t see it very well from space). Built to stop invasions from the North, the Great Wall of China took many generations to fully construct and that different dynasties were made responsible for constructing different sections.

It’s too bad that Great Wall was undermined by human weakness, as many times raiders bribed guards to open the gates for them and let them through. However, you cannot deny that scaffolding did its job in helping to make one of the most recognisable wonders of the world.

As you can see, scaffolding has been immensely impactful in helping humans master the world around and construct amazing structures that survive to this day. Obviously, this technology has been improved and expanded on in the modern-day and become one of the biggest industries in construction, since it is necessary in almost all possible construction projects that can take place.

Everyone from painters to sculptors and window installers has had to make use of scaffolding technology at one point or another. In the modern-day, safety is a key consideration with this technology, but this could not always be said on ancient construction sites where life was much cheaper.